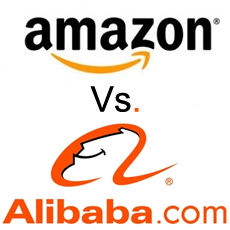 Amazon has been trying to crack the world’s biggest and fastest growing consumer market for ten years, with little success. Until now.  The company’s China unit has issued a report that highlights significant growth in 2015 and an even brighter forecast for 2016 . But not because its Amazon.cn website is finally producing results. In the Chinese e-commerce platform ocean, it’s still a minnow (1.1% market share) swimming with a whale (Alibaba at 58%) and a shark JD.com at 22%).

Rather, it’s Chinese consumers who are now swimming to Amazon.com (the company’s global flagship site) to buy goods that will be shipped to them from the US, or another country, who are finally giving the Seattle company a Chinese leg (fin?) to stand on. They have been alerted to the US site by increased marketing but also (shrewdly/accidentally and ironically) by Amazon’s decision this year to open a store on Alibaba’s Tmall, the premier site for foreign brands and retailers selling to Chinese consumers in (and fulfilling products from) China. The very site they were competing with.

Further, Amazon has taken a page from the Alibaba playbook by building a platform (13x growth over last year) that allows Chinese companies to sell overseas. Alibaba’s “AliExpress” is the industry leader for such platforms (it’s the No. 1 e-commerce site in Russia and is making headway in Europe, North America and Asia). Aliexpress enables hundreds of thousands of Chinese companies, small businesses and individuals to sell globally by providing all of the shipping, language and currency tools needed to do so. Alibaba makes its money on listing fees, commissions and advertising, just as Amazon is now learning to do.

What we are witnessing is the next chapter in the evolving Amazon/Alibaba “frenemies” saga. In this one, the the two internet giants are building out and deploying a “cross-border commerce” infrastructure. The race is on for mastery of the make it anywhere, buy it anywhere, ship it anywhere, future of border less commerce. This is exactly what I predicted in my December 2014 column.

Cross border commerce is the next big thing in retail and branding and is the natural evolution of commerce in a Globalization 2.o world, where technology, e-commerce, supply chains and China are forcing companies to rethink and reset their make-it, sell-it-move-it strategies.

Both companies, (and to some degree Wal-Mart and some other forward thinking brands and platforms) are making major investments in global supply chain infrastructure, marketing, technology, commercial tools and media, in a race to cash in on cross-border commerce.

In a cross border commerce environment most of the old rules that dictated retail operations, branding, merchandising and shopping for decades are largely useless. In short, it is now critical to not “think globally and act locally” but to “think globally and act globally” to make 3-4 billion, rather than 300-400 million, people your customers.

One such forward thinking platform is Net-a-Porter whose new GM for China, Clair Chung, told Jing Daily that “At Net-a-Porter, we view our mainland Chinese customer as a global mobile customer. With our Chinese mobile app, the customer can order on mobile and have delivery within three days to China. We also offer same-day delivery in Hong Kong, London, and New York. You can order in the morning by 10 a.m. and have your items delivered by 5 p.m. in Net-a-Porter’s luxury signature black box. The sun never sets on our Chinese customers, and we provide 24 hour 7 day Chinese-language customer service no matter where our customer is dialing in from. The exceptional service we offer to our customers globally is unmatched.”

In many ways shopping and commerce will always remain local, but soon shoppers will be spoiled for choice when platforms, retailers and brands from the US, China and elsewhere are competing on a global/local basis to deliver anything, from anywhere in two days, or less. Amazon is seeing the first fruits of this dynamic as Alibaba builds on its head start. Cross border commerce may eventually make the e-commerce disruption look like nothing more than a prelude. Written by M Zakkour Forbes Asia